– What kind of family were you born into? Who are your parents?
My Dad was an electrician, mechanic and entrepreneur. He had his own businesses from an early age and entered the Canadian Navy at 17, working as a mechanic on board ships. After his 5 year tour, he left the Navy and he met my mother who was a high school teacher. He studied electricity and became an electrician. I was born in Vancouver and we moved to Whitehorse, Yukon in northern Canada when I was 2 years old as my Dad had an opportunity to start the electrical training program at Yukon College (now Yukon University).

After a number of years at the school he started an electrical contracting business, wiring commercial buildings and taking on big projects. He ran it successfully for 8 years before starting a new venture in glass, manufacturing windows and also building kitchens. I think they were the furthest north member of the Canadian Manufacturers Association at the time. My Mom worked in the business as well handling all the accounting. I worked in the business after school cleaning up the shop, doing manual labor and helping the workers.

I was a pretty quiet, middle of the road, B student. I enjoyed sciences and liked physics the best. I enjoyed sports when I was younger but then was cut from the high school basketball team when I entered ninth grade – this turned out to be a bit of a blessing in disguise as I ended up getting part time work on the weekends at a local hotel which was great business experience. 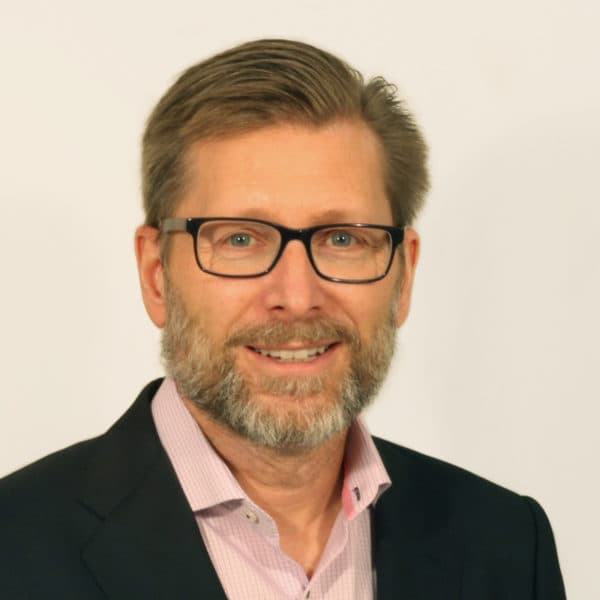 – What university did you choose?

I initially went to the University of British Columbia in Vancouver to study geology. Growing up in the Yukon, mining was the number one industry so it seemed like a good choice.  I realized after working in the field that it was a pretty tough life living in the wilderness in a tent for 6-8 months of the year. So, I dropped out of University and started thinking about what to do next.

I realized that I’d enjoyed electronics as a hobby and maybe I should become an electronics technologist so I could make some money while I figured out what I really wanted to do when I grew up. So, I ended up going to the Southern Alberta Institute of Technology (SAIT). They had some excellent electronics programs there. The first 3 months of the program was foundational and they had an option to study via “computer managed learning” which at the time was based on a mini-computer with terminals that used paper instead of computer screens like we have now. You’d sit in front of the terminal, which was a floor standing unit with a keyboard across the front and a wide printer in behind it — kind of like a typewriter interface. You’d log in to print out your assignments, rip off the paper which was perforated at regular intervals and then log out and go away and do your assignments. Pretty advanced at the time but laughably archaic now.

So, anyway I finished 3 weeks a head of schedule and had a chance to look around all of the different electronics labs. I feel in love with the broadcast lab which had big open reel tape machines, colour broadcast cameras, a brand-new production switcher, broadcast monitors and all kinds of other cool technology. The instructors guaranteed that I’d get a good job when I graduated as they were the only course of its type in Canada.

– When did you start to be interested in TV?

As a kid, my Dad, who was interested in electronics, would bring things home for me to experiment with. Old telephones, batteries, motors, etc. and we would play with them. My brothers and I rigged up our own communication system between our bedrooms from old telephone parts. I built a basic AM radio transmitter from a kit and broadcast nonsense to my Mom in the kitchen. It was basic stuff like that, but it was a good introduction to electronics.

– What was your first job?

Other than working for my Dad, my first job was washing dishes Saturdays and Sundays at a hotel/coffee shop/restaurant & bar. I worked there all through high school, waiting on tables, helping the cooks and being a desk clerk at the hotel. It was a lot of fun and I learned a lot about business, customer service and working together on a team.

– How did your career develop?

When I graduated from SAIT I was lucky to get a job helping design a brand-new broadcast production facility in Toronto for City TV and Much Music. The Chief Engineer, Joe Spiteri wanted someone to work with him that had not already designed a facility and didn’t have preconceived notions about how to do it. The vision of the station’s President, Moses Znaimer, was a building with no fixed studios — you’d be able to go and shoot television anywhere in the building, on the street, on the roof, in the back parking lot, in the offices, etc. It was a pretty radical idea at the time. News would be shot in the newsroom, weather outside where the weather is and so on. We were also on a relatively modest budget. It was a really cool project and we had to be very creative as to how we chose and used technology. We worked with vendors to invent a number of things we needed that didn’t already exist. It was a crash course in how to build a TV station.

After that project I ended up going into sales with Sony for a couple of years just when Betacam SP was launching. It was right at the beginning of CCD cameras, early component digital and high definition. After that first experience in sales, I went back into the technical side of things for a few year designing and building television, production, post and video duplication facilities (remember those?). Then I went back into sales with BTS and then as a dealer of Broadcast Equipment with Acura Technology Group selling a wide range of products including Abekas, Snell & Wilcox, Silicon Graphics, etc. That’s where I really got to know the folks at Ross Video, as they were one of our product lines. The company was somewhat behind at the time with only analog production switchers (which were still very much sought after) but they did have some excellent digital distribution amplifiers and converters (the forerunner to openGear). Ross was always a great company to do business with and they really stood behind their products unlike some of the big brands we represented.

Later, when I was the National Business Manager for Canada at Grass Valley I got the call from David Ross and decided to make the move to Ross Video to head up Sales & Marketing. It was a move a lot of people questioned at the time but I had a strong feeling that we could really do something at Ross. Since then, we’ve grown the company by 33x and gone from a company of around 60 employees when I joined to almost 1,200 now.

I’m married with two kids who are in their twenties. I play hockey a couple of times a week for fun and to stay in shape and we like to hike, cross country ski, kayak and canoe. A decade ago my son and I entered the world’s longest annual canoe race from Whitehorse to Dawson City, Yukon — 714KMs. We finished middle of the pack in the men’s tandem canoe class and were quite pleased with that given that our goal was simply to finish the race alive.

– What do you see as your greatest accomplishments?

Great question – what we have been able to do at Ross Video and being part of this high-performance team is pretty rewarding. Of course achievements in life and business are almost always a team effort. I guess I’d have to say having reasonable balance in my life and an awesome family is the number one thing.