Interview with Jane West, founder of The Skill Zone.

— Where were you born and who were your parents?

I was born in the United Kingdom in 1951. My mother was a nurse while my father was an insurance agent. I was an only child but I did have two half-sisters which were much older than me.

Science and languages. I did French and two years of Russian but I never got to use it but I loved science, I’ve always been a very practical person, I remember when I was twelve, I was given a tape recorder -the old reel to reel ones- I took it apart to see how it worked, my father was furious and because I have a very good spacial recognition, I was able to put it back together and it worked. So I think I’ve always been fascinated by technology and how things worked.

— What did you do after school?

I went to the university to study Chemistry, which was in England, and at the time I had this idea of developing food from proteins found in oil but that never materialized. When I graduated, it was unfortunate because in England in the early 1970s, the only job was a glorified lab technician. I spoke to my professor and he said “well you speak French, why don’t you go and do some research at a place…. French.” I had done an industrial year in Paris but what I decided to do was to go to Quebec so I went to Universite Laval in Quebec City and I did a Master’s in Environmental Chemistry. Interestingly, it was too early to get a job because back in the 70s, people weren’t particularly worried about the environment. I think I sent off 60 applications and the one company that hired me was Kodak. So, I worked as a technical sales representative with the motion picture markets.

— You had a Master’s degree, why did you take a position as a technical sales representative?

I had to take what was available. I then got out of the motion markets. Normally, polaroid cameras deal with selective diffusion of light, Kodak came up with selective diffusion of chemicals for neonatal babies to use very small blood tests. I was hired because of my background in chemistry and biology to take out that market. But I wrote myself out of the marketing job because as you may know, in North America, a lot of things have to do with money and the cost of the tests that Kodak did could not be supported in other countries by a social medicine system. Kodak didn’t know what job to offer me so I asked them to keep my benefits going and I went off to get a flying license and I loved flying so much that I left to become an Airline Transportation Pilot but I didn’t work for the airlines, I just did charter work in Northern Canada.

— How long did you live in Canada?

— What kind of planes did you fly?

Twin Engine Turboprops. I didn’t fly jets. I tried to get into the airlines but I couldn’t get in because there was a cycle of pilots every seven years and I was at the wrong time.

— Where did you meet your husband?

I met him at flight school.

He got a private license but I got the whole airline transport program. We are divorced now but we did build a plane together called Quickie II which is a fiberglass epoxy composite aircraft.

— What kind of company was Canadian broadcasting?

It’s the national broadcast organization. It’s like the BBC of Canada.

— Considering your background experience, how did broadcasting fit?

It all sort of linked a little. When I was in Canadian broadcasting, it was because I had been in motion picture and initially, I was the film manager, then film changed to video. When I got pregnant with my son, they didn’t know what to do because they made my department redundant but they couldn’t make a pregnant lady redundant. So, when I came back to work, they offered me the role of helping develop high-definition television so I did a lot of work with various broadcasters in the state, showing the public what high definition was like, was it something that people wanted to look at?

And this developed until 1990, they had a major conference in Ottawa on high-definition television and we wanted to do a triple hop via satellite from Ottawa to Tokyo and a double hop in the other way. I thought we had to have decent material and the only material of programming I could find was at the national film board but it was in the film, which meant that we had to convert it to high-definition television. So I thought I was going to do a live event and I had no budget.

Then I found an impresario in Montreal who hired rock bands, I told him “Give me an artist for free and I will expose them to the Japanese market on the first transmission of high-definition television.” I thought he was going to say no but surprisingly, he said yes and offered me options of bands to choose from.  For the first band he gave me, the lead singer broke his leg which made it difficult for them to play. The second person was a lady called Cherry who had been to Japan once and was loved by the Japanese.

So I put on a rock concert as an executive producer without any experience for about $23,000 which was nothing, and we went live to Japan. I was on the stage introducing it to about 143 public sites in Japan. After that, the engineering department of Canadian broadcasting closed down and I knew I was going to be without a job. I put my CV out and luckily, I got headhunted by Sony in Europe. It was at the time of my divorce so it was convenient to get away from that situation. I joined Sony managing high-definition television markets trying to develop them. I worked in the UK, Europe, Middle East, and Africa and I did that for five years.

— What was your position at Sony?

I was the Senior Technical Manager. After five years, they merged the Europe office with the UK office so my position was made redundant so I decided because I was known in high-definition circles, that I would set up my own company called The Skill Zone in 1998. I did quite well. I ended doing a lot of traveling to France, Finland, and for the famous program in Australia called Neighbors. They flew me out on the set to teach them how to shoot on high-definition television. I taught over a thousand people in Sky UK how to shoot on high-definition television.

— How long did you have your company?

— You also worked at a production company, what company was that?

The same company. It was under my company The Skill Zone. I lectured, taught, and produced various cooperate videos always in the broadcast technology field. When I found that everyone could do high-definition, my business went down. So, in 2008, I went back to the university and did a Master’s in Environmental Strategy. I did this because I wanted to help the broadcast business that there was an environmental problem with all the technology they were developing.

I did some lecturing and in 2012, I joined the BBC in research and development looking at the sustainability of broadcasting. It was a one-year contract. Following that, I couldn’t go back to my old lecturing role so I wrote an article on sustainability of broadcasting and I got a phone call from a guy in Florida saying “do you know anyone who could present a TV show on Technology in Amsterdam?” and I said “No.” and when I hung up the phone, I thought about it and I realized I could do it. So I phoned him back and said I could do it.

He didn’t ask my age, back then I was in my 60s, just my photograph and I did my first live TV show with no training whatsoever. It was a lot of fun and I did it for about 5 years going back and forth between Las Vegas and Amsterdam to do a show and it was about how technology was developing and also the sustainability of technology particularly in the broadcast field. I would have continued but sadly in 2019, I was diagnosed with cancer. I had a portion of my tongue removed and I am very fortunate that I can talk properly so I decided to retire because life is too important and I wanted to enjoy it. I am two and a half years cancer-free now.

— That’s great news, Congratulations. Can you tell us the main achievement of your professional career?

I think they are two things: one, being an executive producer of the first rock concert that went live in Japan, and also, I worked with the first film that was done on high-definition television which was with Bob Hoskins and Dan Aykroyd and on the personal side, having my son.

— What does your son do?

He lives in Las Vegas and he has a factory making parts for off-road sports cars. So he has a very successful business and he says to me that he is glad that I understood new technology because when he was growing up and all his friends were playing video games, I was giving him things to build using all my tools. He is glad that he had that kind of experience at a young age.

— Where do you live now?

Partly in France and partly in England. In 2001, I bought a piece of land in France, in the south and I didn’t have enough money to buy a house that was finished, so I bought the land, designed my own house on a piece of $39 software, and had it built in stages and I finished a lot of it. So basically, I had it shell-built and then I put in various things. That has been my personal project.

— Do you have any hobbies?

I have a lot of hobbies but, the main one I have been doing for two years is that I’m teaching myself jazz piano and taking lessons with a guy online -Jonny May- who plays jazz for Disney, so I signed up for a year of piano lessons with him. My other hobby is that because of what I have been through with cancer, I have set up a YouTube channel about recovering from head and neck cancer.

Thanks to my experience with TV presenting, I’ve been able to make the video look reasonably professional. Currently, I’m thinking about 11 videos, I’ve got three on my computer that I need to edit. I’ve got feedback from India and the Caribbean because there’s not a lot of help for people with head and neck cancer. They might have the cancer cut out or radiotherapy but presently, I can’t eat properly anymore, I can’t eat meat. It’s not possible because I can’t chew. So the YouTube channel helps people, particularly in countries where there is zero help to be able to find new ways to do things and recover physically.

Daniella Weigner, Cinegy: We had a start-up company with lots of ties to Russia 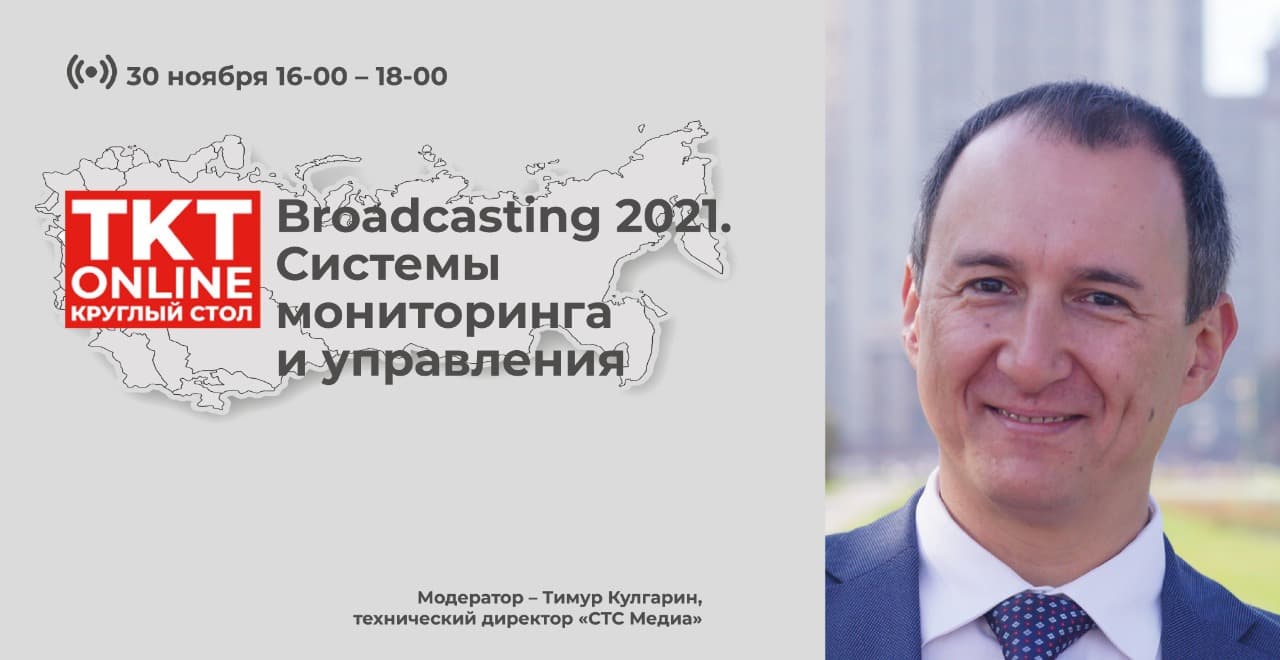